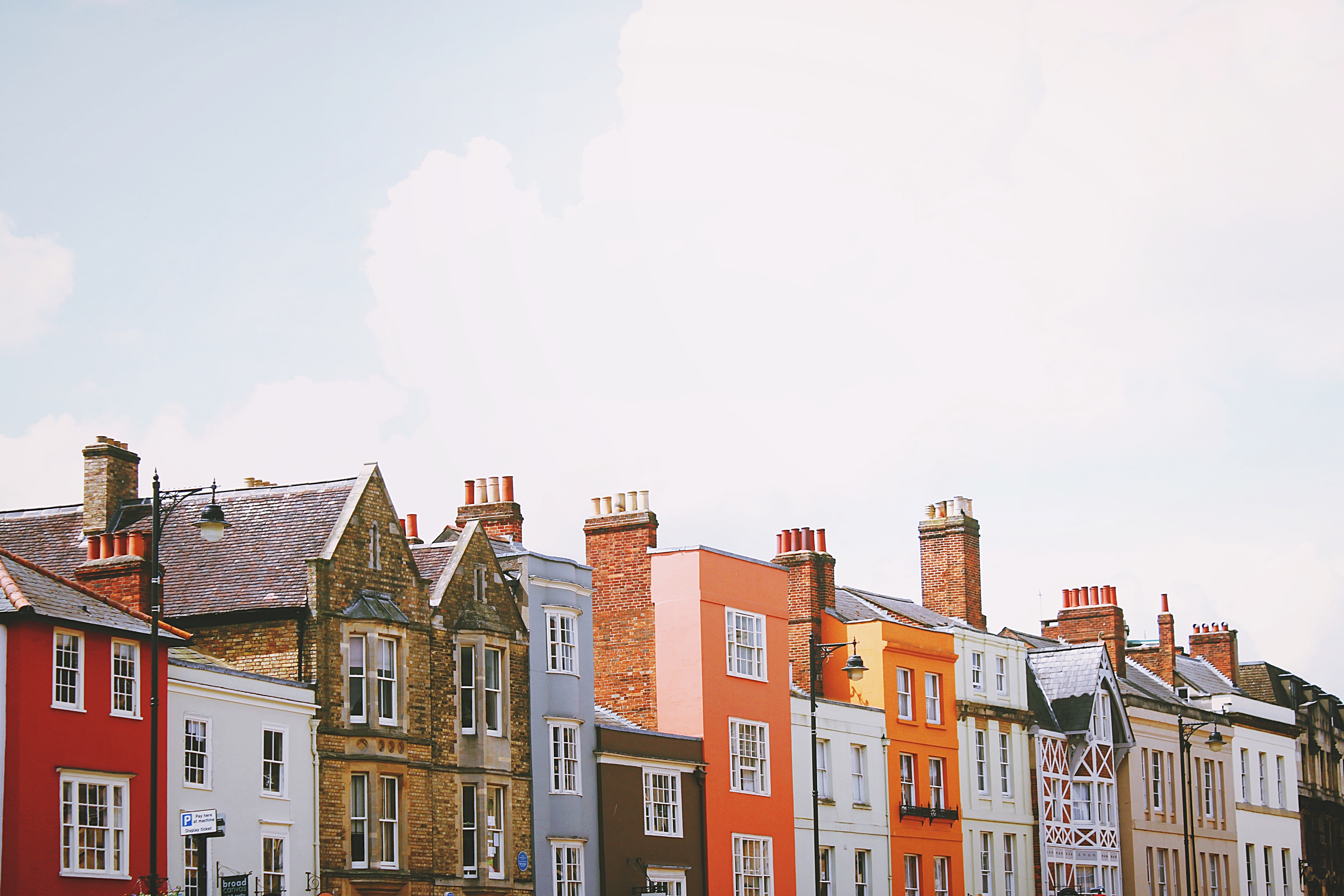 The rate at which rents will increase is likely to triple this year. Landlords are forcing tenants to bear their financial burden as a result of the rising inflation. Experts say the major causes of the increase in the price of stamp duties and the result of the EU referendum.

Brexit had caused a lot of uncertainty in the housing market. The effect may likely linger thereby causing an increase in rent. In 2016, indices, as published by the office for National statistics, shows that the price for most properties was high across the UK. According to the report, the number of buyers has increased compared to the number of houses on sale. Brexit caused share prices of many estate agents to tumble.

According to a report published last year by Landbay, rents rose by about 1.12 percent in 2016 till November. This simply means that the tenants who rent from private landlords are totaled at £1,188 per calendar month, an increase from £1,177 at the turn of the year, an extra £11 each month or £132 per year.

According to John Goodall the Chief executive of Landbay, the stability that renters enjoyed last year may not be the case this year. He attributed the stability to the raft of regulations, political and economic challenges that came to bear on the buy-to-let sector in 2016.

Last year a new stamp duty levy was imposed on landlords who purchase new buy-to-let properties in April 2016 which caused a hike of buy-to-let purchases in the first three months. These properties were then released for tenants to rent during the summer. It provided more choice and it reduced rents temporarily.

This year, the Bank of England is likely to introduce tighter mortgage control measures and tax relief’s will be removed for buy-to-let. These measures would exert more pressure on most landlords finances. The resultant effect would be a hike in rent.

Jake Russell, who is the director at Russell Simpson said unlike 2014, 2015, and 2016, this year is full of uncertainty and would breed caution and a lot of indecision in the housing market.

However, on the contrary, James Evans, CEO of estate agency of Douglas & Gordon believes that no matter the uncertainty, there is hope for the housing market. According to him, history suggests that after years of low transactions is followed by years of increased activity.

Londoners who reside in boroughs close to future Crossrail 2 stations will also experience an increase in their rent.

How to invest in property UK

If you’ve decided that buying a property to let out would be a good investment then you’re right. When you look at the potential earnings compared to having your money in the bank, which currently offers extremely low interest rates, it’s a no-brainer. However, usually you can only do this if you can afford the large deposit normally associated with a buy-to-let mortgage unless, of course, you have the money to buy a property outright without a mortgage.

What to look for when buying a property to let is the most crucial step to being successful. In this article we will be going through some of the main points you need to consider when buying a suitable buy-to-let property (as they are referred to).

Before going any further make sure your finances are in order and that you can afford to buy a property. Work on the worst-case scenario in terms of income you’ll receive. If you need a mortgage to buy a property, make sure you are eligible to get one. Also don’t forget to do your research! Do you know all the risks involved as well as the obvious benefits? It would be worth having a look at our landlord guide too so you are aware of all the responsibilities you will have as the property owner. Below are some of the main points to consider.

Net Yield is the main thing to look for when buying a property to let out; the higher the net yield the greater the return on your investment. For example, if you’re buying a property for £200,000 and it brings in £10,000 in rent that’s a 5% gross yield. You then work out your net yield which is after all your fees and costs, which can include managing agent’s fees, maintenance costs, etc. have been deducted. So if costs are £2,000 per year that would provide a net income of £8,000 which would work out at a 4.00% net yield.

Going back to the point earlier, which was to work on the worst case scenario, we’d recommend working on having the property rented for 10 out of the 12 months. So points to remember, work on Net Yield based on 10 months’ rental income.

Location plays a massive part if you’re going to succeed in letting out your property. This point also ties in perfectly with the subsequent point, the prospective tenant. You should look to buy a property in a location that will be attractive to prospective tenants, and by this we mean:

These facilities are what most tenants would look to be conveniently located for. However, It also needs to be:

It’s going to be difficult to match everyone of these however try and check off as many as you can. By doing so you’ll have a much better investment. If you wanted to invest in a property near where you live, yet that area doesn’t really have many facilities, it may be worth considering looking further afield. Make sure the local crime rate is low and that the overall area is a nice place to live, you’ll need to use your common sense, would you like to live there?

When looking at buying a property you also need to look at who your potential tenants will be. If you buy your property in one of the cheapest areas around it may mean that you could have unreliable tenants. You need to think about who they are, what they do and what they need. If you’re buying a house near a school, then a family may be interested so you may need more than two bedrooms and a good-sized garden. If you’re looking at flats near universities in order to target students as tenants, you’ll need furnish it inexpensively and for it to be easy to clean. You can always tell what kind of people will be interested in renting your property by looking at the area and seeing who else rents property there. Have a chat with a local estate agent and ask what renting is like in the area, what kind of people are renting, and if there are many issues with tenants. It is important that you get good references for tenants and ask for a security deposit in advance so that you are protected against a default in rental payment or damage done to the property.

Maintenance is another great point and ties in with the previous one about tenants. You need to look at your property and establish what annual maintenance costs are likely to be. A property of substantial proportions and with a large garden is going to require more maintenance than an apartment. If you’re looking at a few different properties this needs to be considered as it may be worth deciding to go for a property that brings in a little less rent but where maintenance costs are low.

A new-build property is always a good choice to consider as not only is there normally no immediate maintenance required, but people love to rent a new house, so it could be let out quicker.

Price again refers back to the first point of Net Yield and also the prospective tenant. If you’re buying a house at £140,000 you’re going to get a different kind of tenant than one renting a house that you’ve bought for £500,000, it’s a fact of life. In terms of referring to net yield, make sure that the yields are the same whatever the price of the property is. For example, if you buy a property for £250,000 which returns 5% and a property half the price returns a 6.5% yield, you may want to consider buying two cheaper properties.

Haggle! Unless you’re in a rush then make sure to haggle on the purchase price. We’ve known many entrepreneurs offer totally unrealistic offers and told us that they felt embarrassed making such low offers, yet like they said, the worst that can happen is a vendor just says “No”. When we refer to yield, this will be affected by the price you pay for a property, so negotiating hard to get as low a price as possible will increase your likely yield.

How long will it take to rent out? This is a question that is going to be difficult to answer and if you talk to most estate agents they are unlikely to give you a straight answer. The following should be taken into consideration when looking to invest in a buy-to-let property that will let successfully and swiftly:

Buy-to-let has been such a popular investment tool because it not only provides you with an immediate income, or return on your investment, through rent paid, but while the property market remains buoyant, you will also benefit from a rise in the value of the property. Recent government legislation is such that stamp duty has increased on any property you buy that is not your primary residence, and for higher rate tax payers, the tax relief on a buy-to-let mortgage has dropped to the base rate of 20%. However, you could always set up a company that makes renting out your property a business, and therefore you can take advantage of different and more beneficial tax legislation.

Get this free weekly email full of details, guides and it's spam free

How this site works

Money Making Expert aims to provide the best content relating to money making, business, marketing and all our other guides and articles. All information is researched fully and correct to the best of our knowledge however we cannot accept any liability if things go wrong. We are open to any feedback about the website so feel free to get in touch.

A quick tool to allow you to work out tax owed.

Join and contribute to our MME community.

We use Cookies to help make our site run better for our users. By continuing to use this website you are giving consent for Cookies to be used. For more information and how to disable them visit Cookies Q&A.